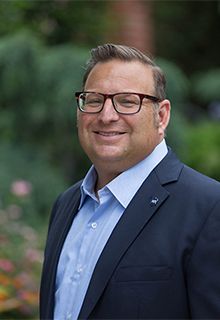 Mayfield Junior School is a remarkably joyful community. You will notice and feel this the first time you step foot on our lively and beautiful five-acre campus. You will witness students who are happy and motivated, and teachers who love teaching. Students experience a thoughtfully designed, intellectually challenging, and creative program of study that develops a love of learning and academic excellence.


I am proud our community is a caring one. Children learn best in a structured environment and thrive when they feel safe--and Mayfield provides both.

We expect our students to reach for their potential and encourage them to lead. I am inspired by our school motto of "Actions Not Words." Collectively, members of our community not only embrace but live it every day.
Founded in 1931, Mayfield Junior School shares in the mission of the Society of the Holy Child Jesus "to help others to believe that God lives and acts in them and in our world, and to rejoice in the divine presence." We foster a learning climate based on the trust and reverence for the dignity and uniqueness of each person.
Please enjoy exploring our website as it provides an introduction to who we are, but I invite you to visit MJS to experience our school community firsthand. The favorite part of my day is watching our students, faculty, and staff in action. I am confident you will agree too!
Joe Sciuto
Head of School

With close to two decades in faith-based and independent education, Joe became Mayfield's Head of School in 2019 as an experienced and passionate administrator and innovator. Before joining the Mayfield community, Joe served eight years as Head of School at Providence High School in Burbank, a Catholic college preparatory and coeducational school guided by the mission and philosophy of the Sisters of Providence.

Before Providence, Joe served as Upper School Principal and Upper School Assistant Principal at The Buckley School in Sherman Oaks. From 1998 to 2000, he mentored students as Dean at Campbell Hall, a K-12 Episcopal and independent day school in Studio City. A Southern California native, Joe received his early education in Catholic schools, earned his bachelor’s degree in English from California State University, Northridge and holds a master’s degree in American Studies from Pepperdine University.